Charlotte “Char” and Colin first met 14 years ago in school. They had a class together and the two shy souls nurtured their crushes from a distance. When Char finally gathered up the courage to say “Hi” to Colin whist sharing an elevator ride he actually ran away. “I took that as a cue to never say hello again,” said Char. “And transferred shortly after.”

But ten years later, Colin found Char on OkCupid. He said “Hi” this time and asked her out. For their first date, they went out for dumplings and then to a record store. They did not want to stop hanging out so they prolonged their date by sitting in a park for hours just chatting before going for drinks and playing a few lively rounds of ping pong. “It took three dates for both of us to admit that we knew who each other were before,” said Char. “And we have spent pretty much every day together since.”

A few years later, the couple was spending a quiet Thanksgiving alone. They were feeling a little blue because they both had recently started new jobs and could not get away to see their families. They decided to make the most of it by spending the day together. They went for a long walk at a beautiful park near their house and when they got to a hill overlooking the water, Colin dropped to one knee and proposed. Char did not run away.

Char and Colin united their lives on May 12th, 2018 in Ridgewood, N.Y. at the historic Vander-Ende Onderdonk House in front of 126 of their friends and family. They knew right away that they would get married in Ridgewood because that was the setting of so much of their love story. They were always interested in the Onderdonk House. It is the oldest Dutch Colonial stone house in New York City and they fell in love with the garden area and the sweet picnic grove when they toured. As an added bonus, the street at the end of the block was named “Charlotte.” It felt right.

When it came to choosing a theme, Char knew that she wanted a rockabilly, pin-up feel, but she also wanted something playful and punk. The colors were easy and Char decided early on that she wanted vibrancy with red, teal and yellow. The plans and decor evolved until it became a retro punk carnival and Char and Colin just went with it.

To add some fun for their guests, they included a kissing booth, a popcorn bar and a cotton candy machine. They personalized and customized every detail, which gave their guests a totally unique and unforgettable experience, but it did add up. They doubled their $10,000 budget when all was said and done.

“I wanted everything to feel like us and have our personalities in everything,” said Char “It was a big celebration not just for us but for everyone who was by our sides on this journey.”

Part of Char and Colin’s goal for their wedding was to make their guests feel really involved and valued. They did this by leaving little treats along the way. Instead of flowers, a friend of couple’s made cupcake center pieces that looked like flowers. To incorporate the wedding colors, she made the cupcakes red and teal and sat them upon cheery, yellow buckets.

For their table numbers, they made custom records of their favorite bands. Guests found their spots by picking up bottles of the couple’s favorite soda – Manhattan Specials. For dinner and drinks, they had food trucks and a vintage cocktail truck with the signature cocktails “Pussy Punch” & “Meow Mule.” One of Char’s best friends made their carnival-themed wedding cake.

This musical couple wanted to make sure they found a DJ who really got their vibe and he did not disappoint. Their guests danced the night away to an eclectic mix of punk, musicals, Beyoncé, old school hip hop, and even some prog rock (Colin’s favorite). He also graciously gave up the floor to Char’s band when they surprised guests with an impromptu set.

The most memorable part of the night for Char was the last dance of the night. As the DJ played “We Go Together” from Grease, Colin ran over to Char with his hair a little mussed and his collar flipped up. “We all proceeded to conga,” said Char. “It felt surreal and beautiful.”

The biggest challenge for this unconventional couple was deciding which wedding traditions were important to them and which ones they wanted to kick to the curb. It was hard to explain to some of their vendors that they did not want a big “Mr. and Mrs.” or “His/Hers” vibe. Instead, they were perfectly Char and Colin.

Char’s biggest advice to other members of the Big Bride Club is to be true to yourself. “Just go with your gut to make sure you are doing exactly what you want how you want each step of the way,” said Char. “Put your foot down because everyone has an opinion about everything and make sure you soak in the moments leading up and do not get so stressed that you do not enjoy them.” 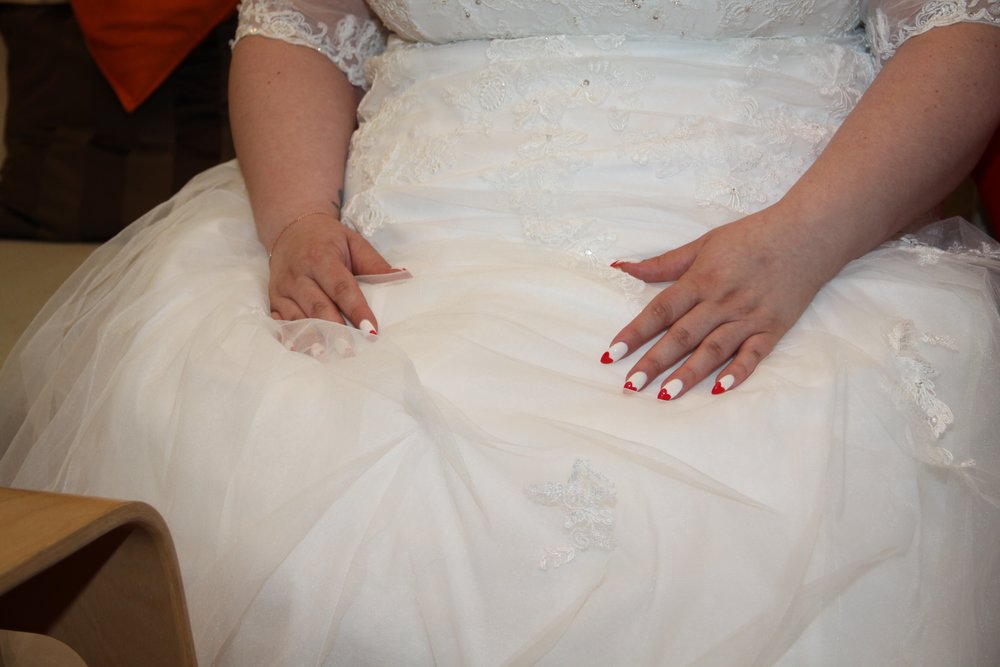 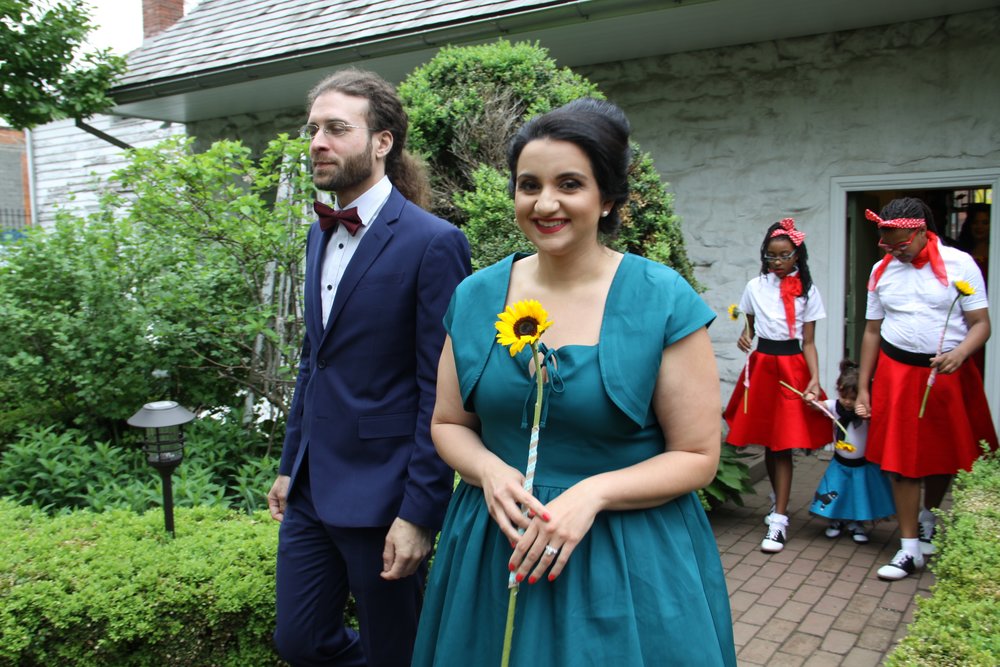 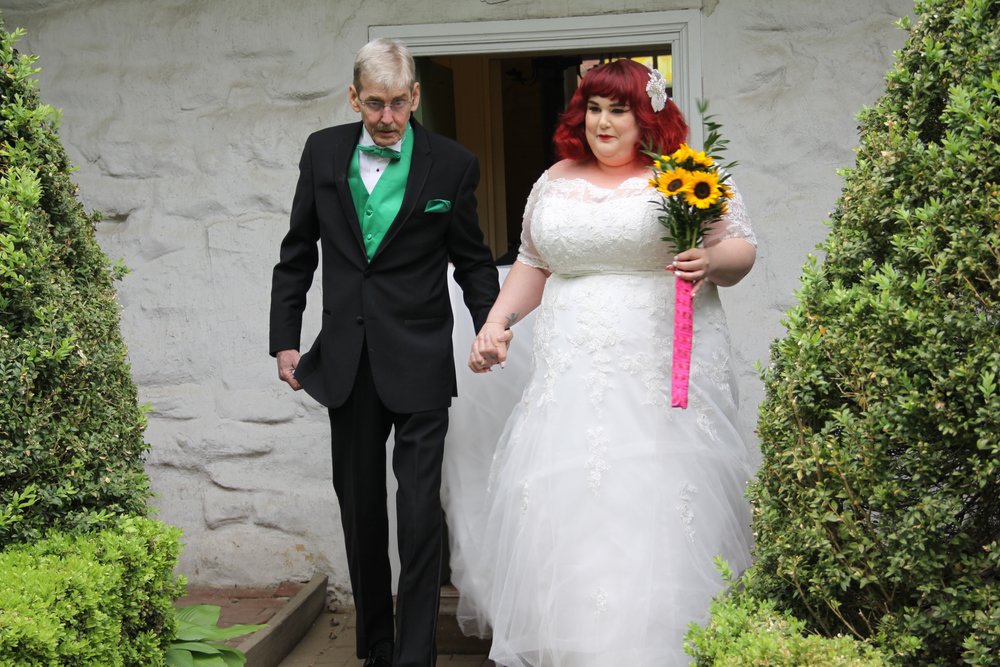 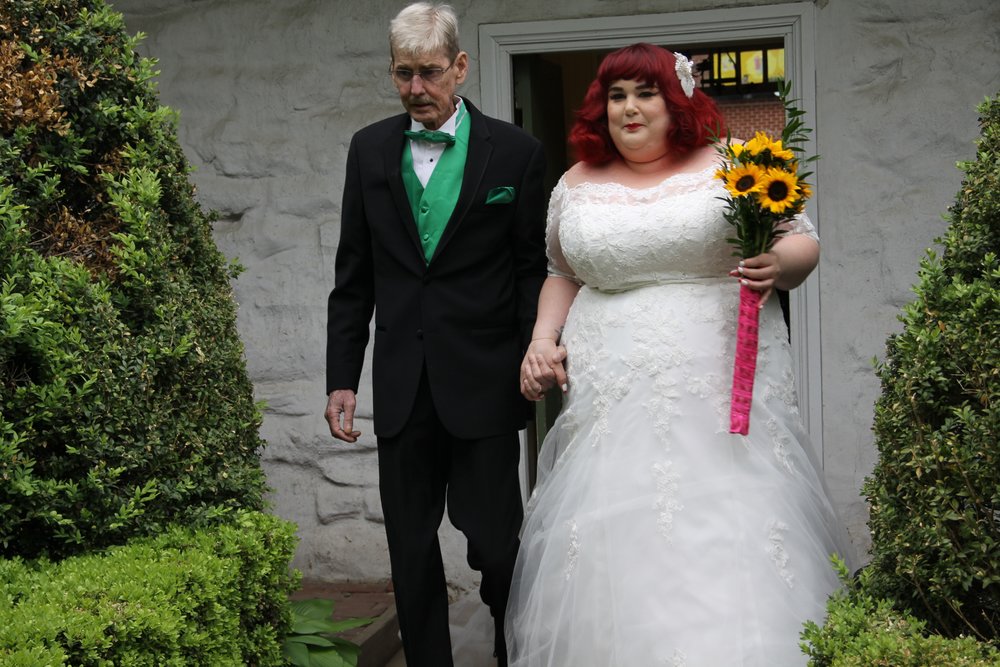 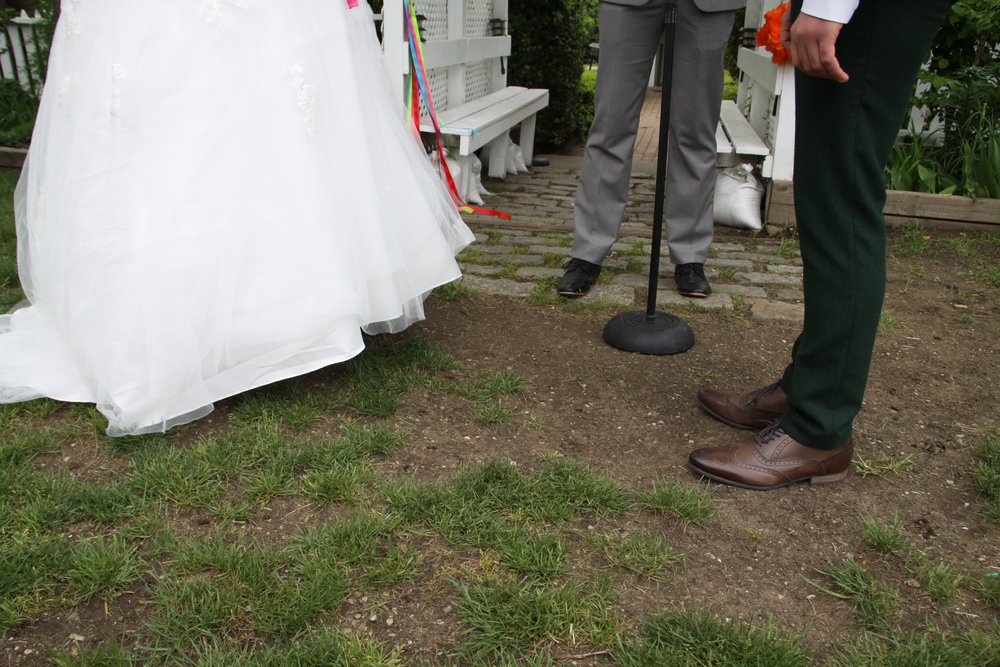 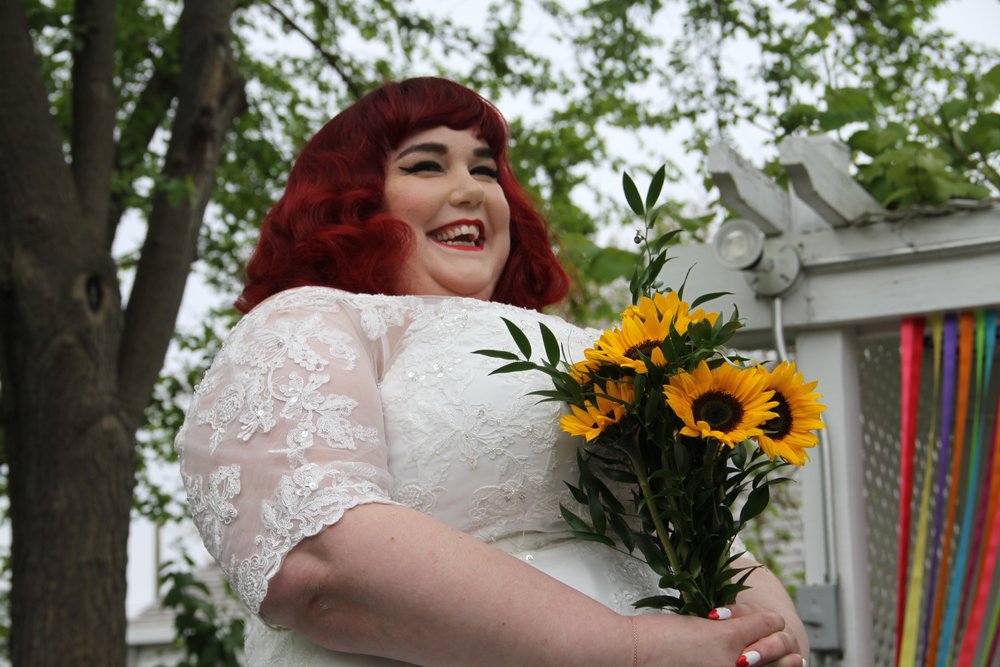 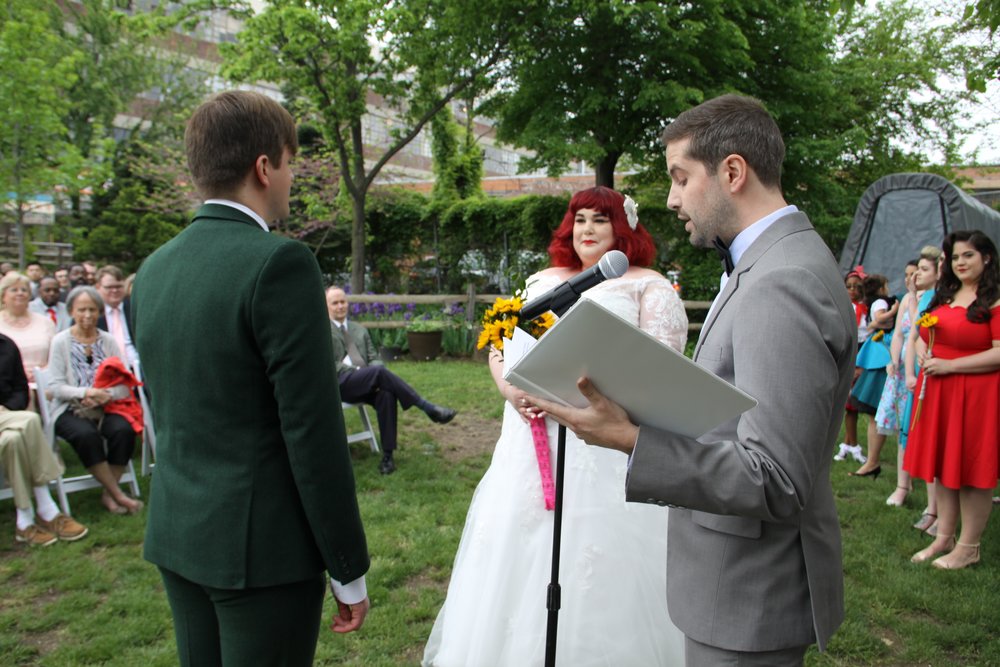 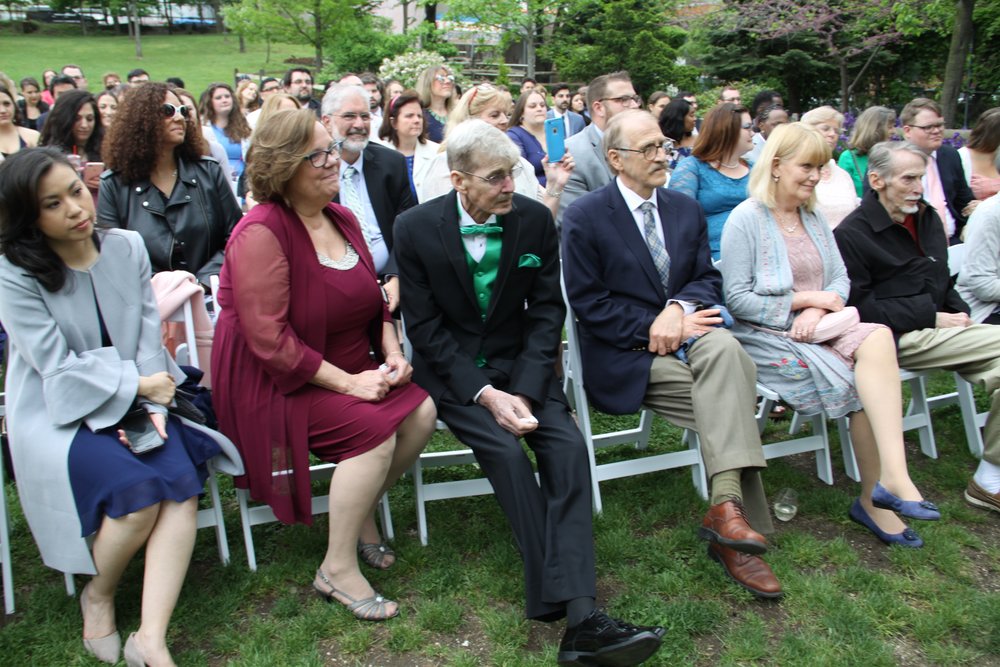 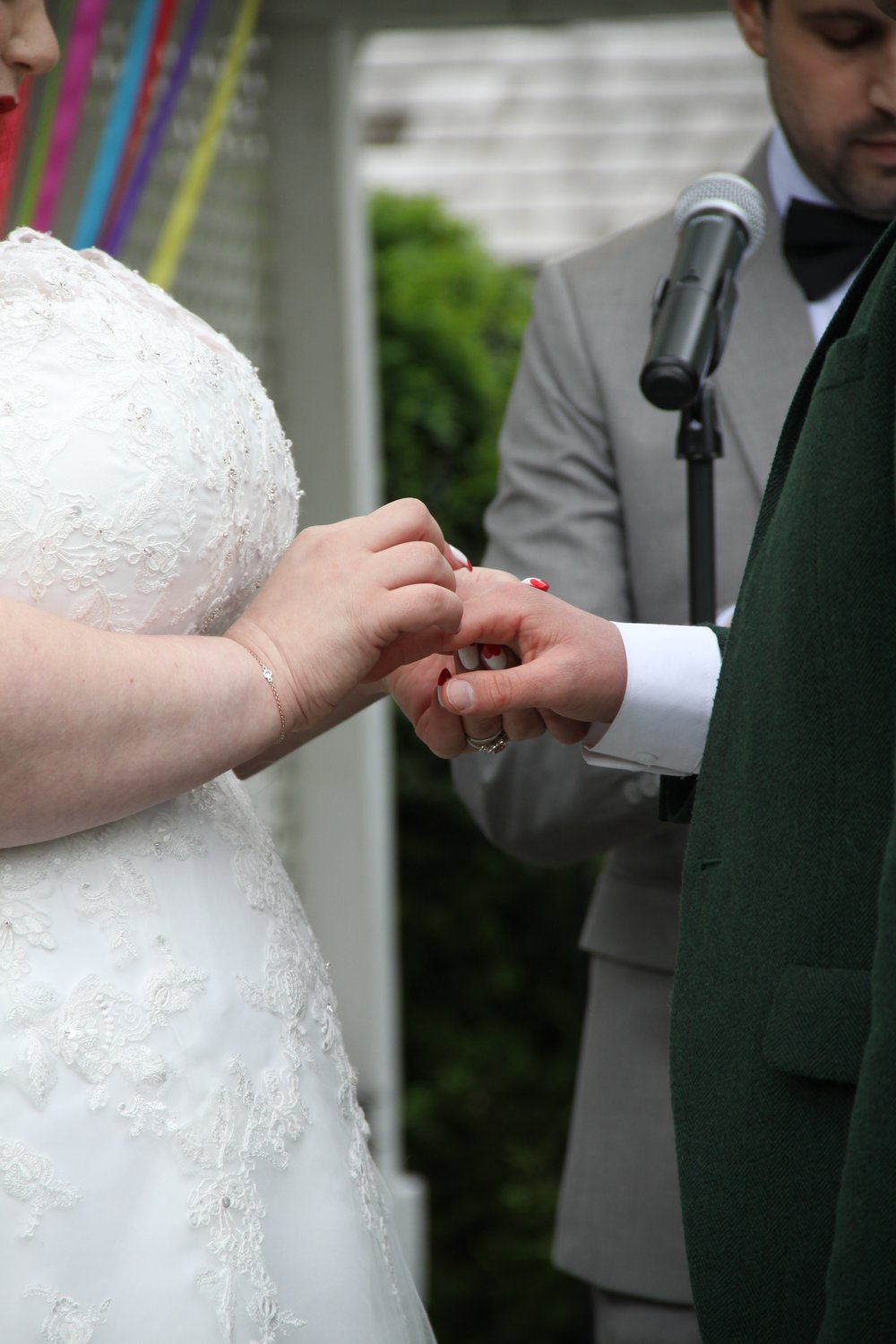 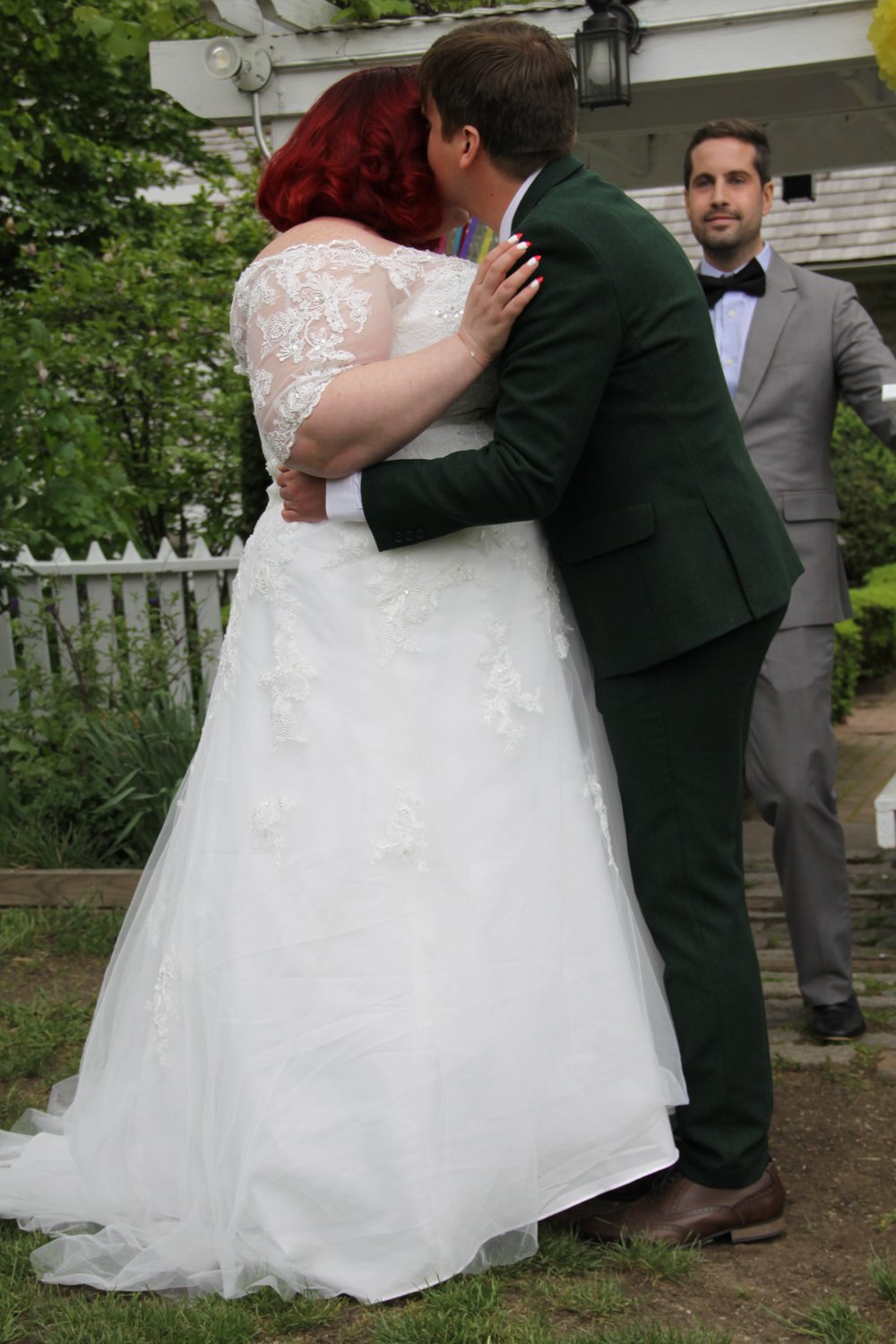 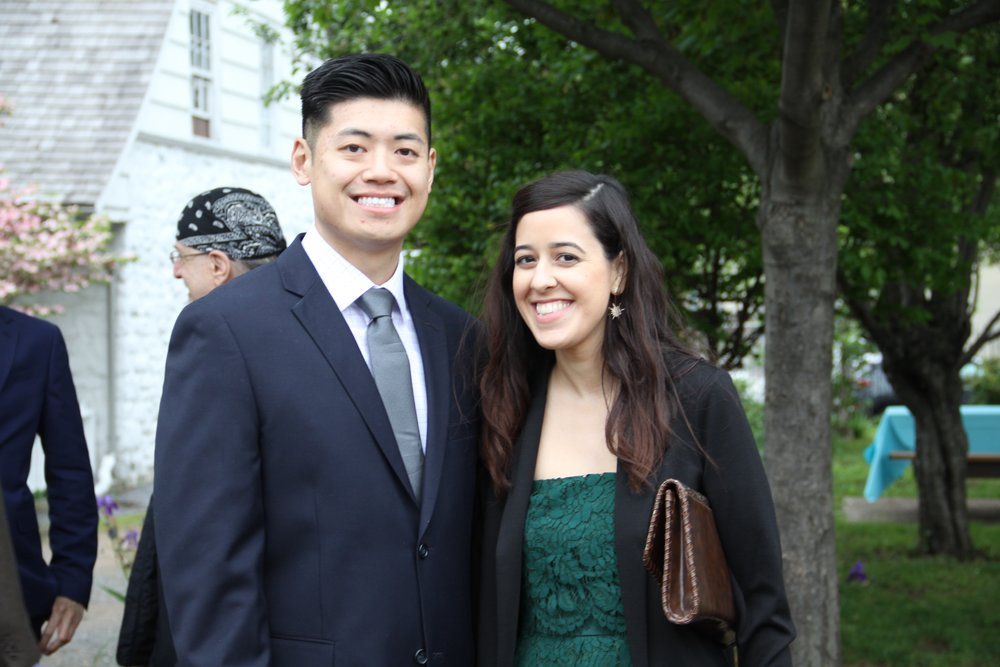 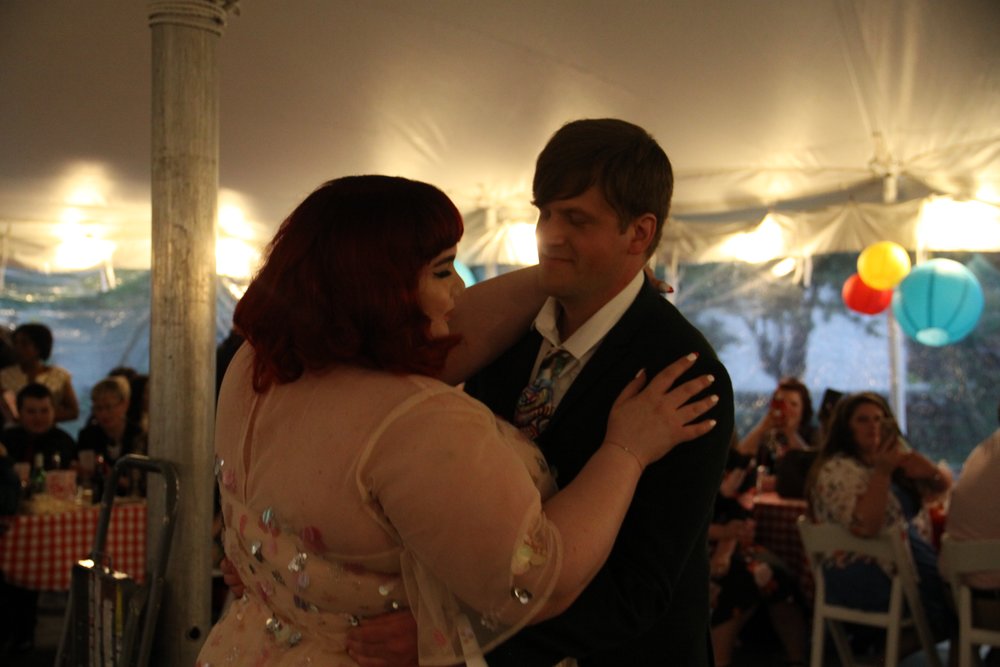 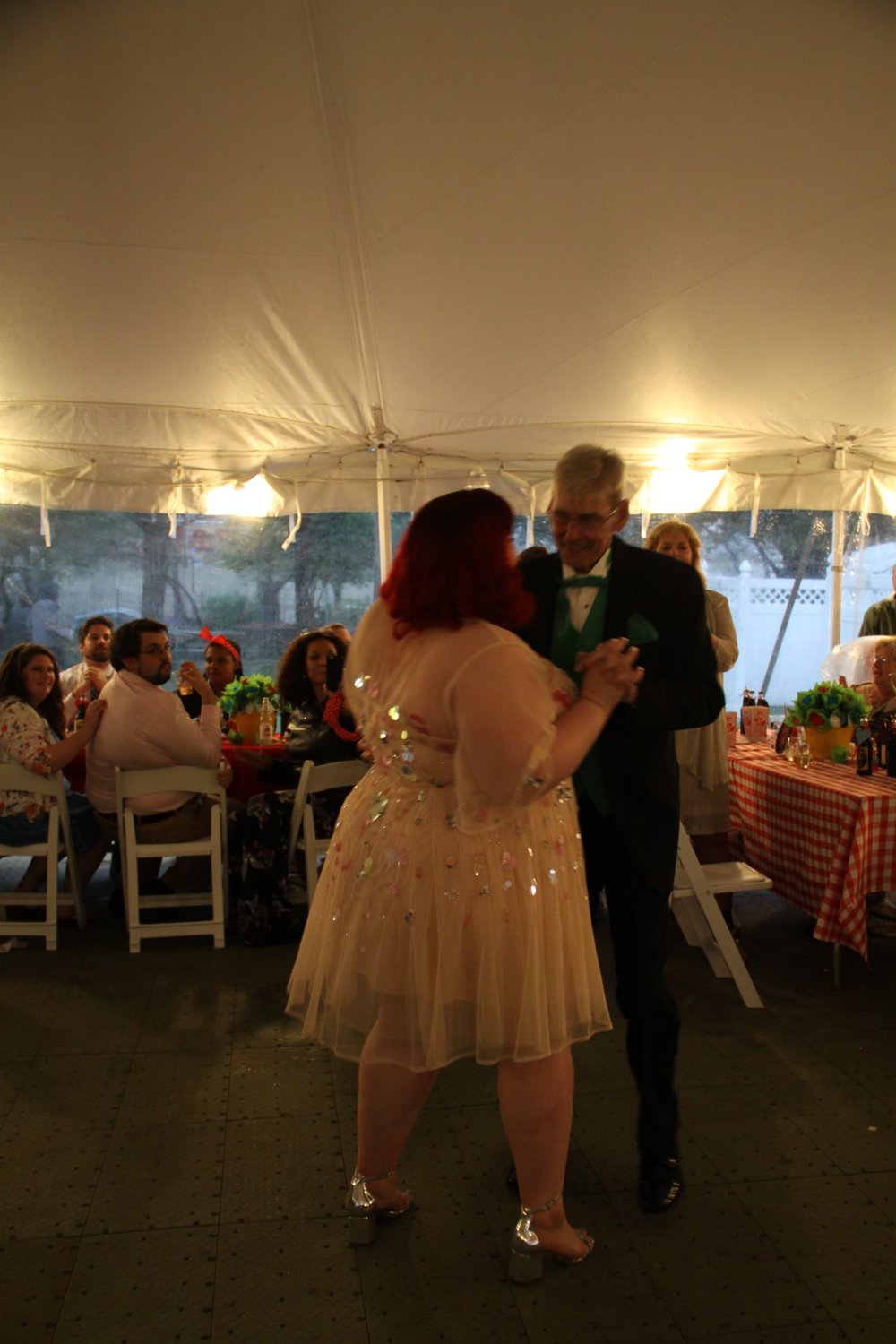 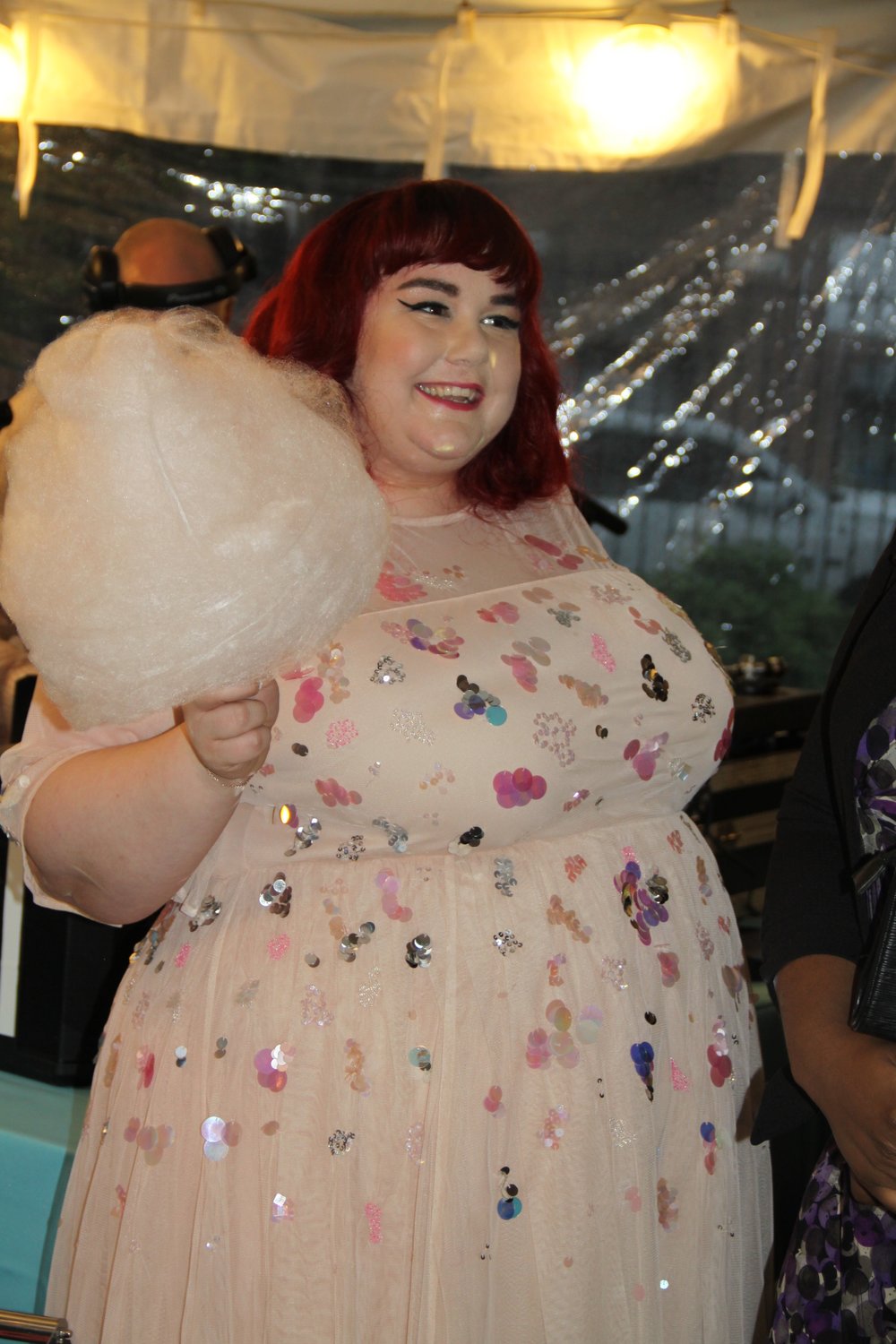 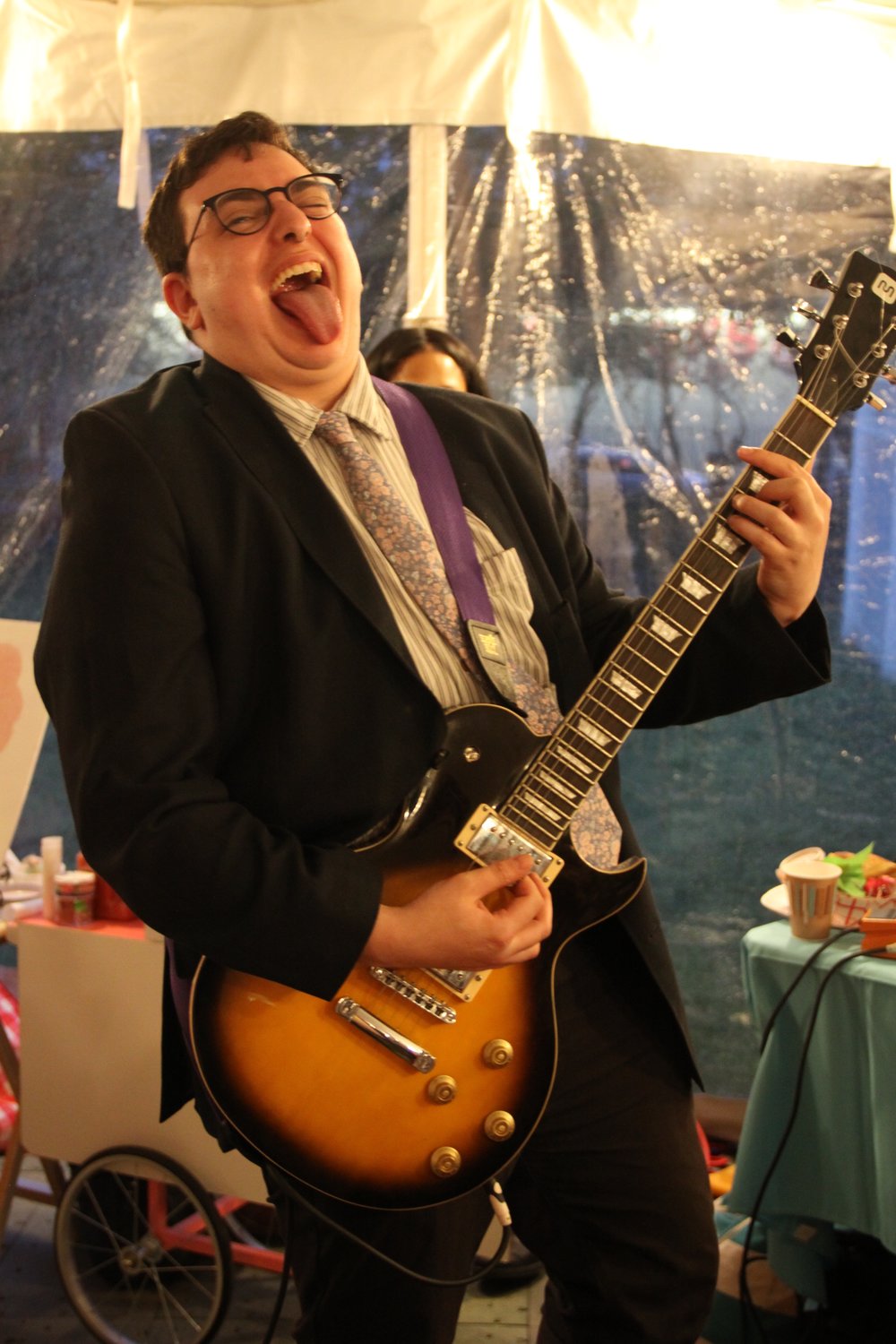 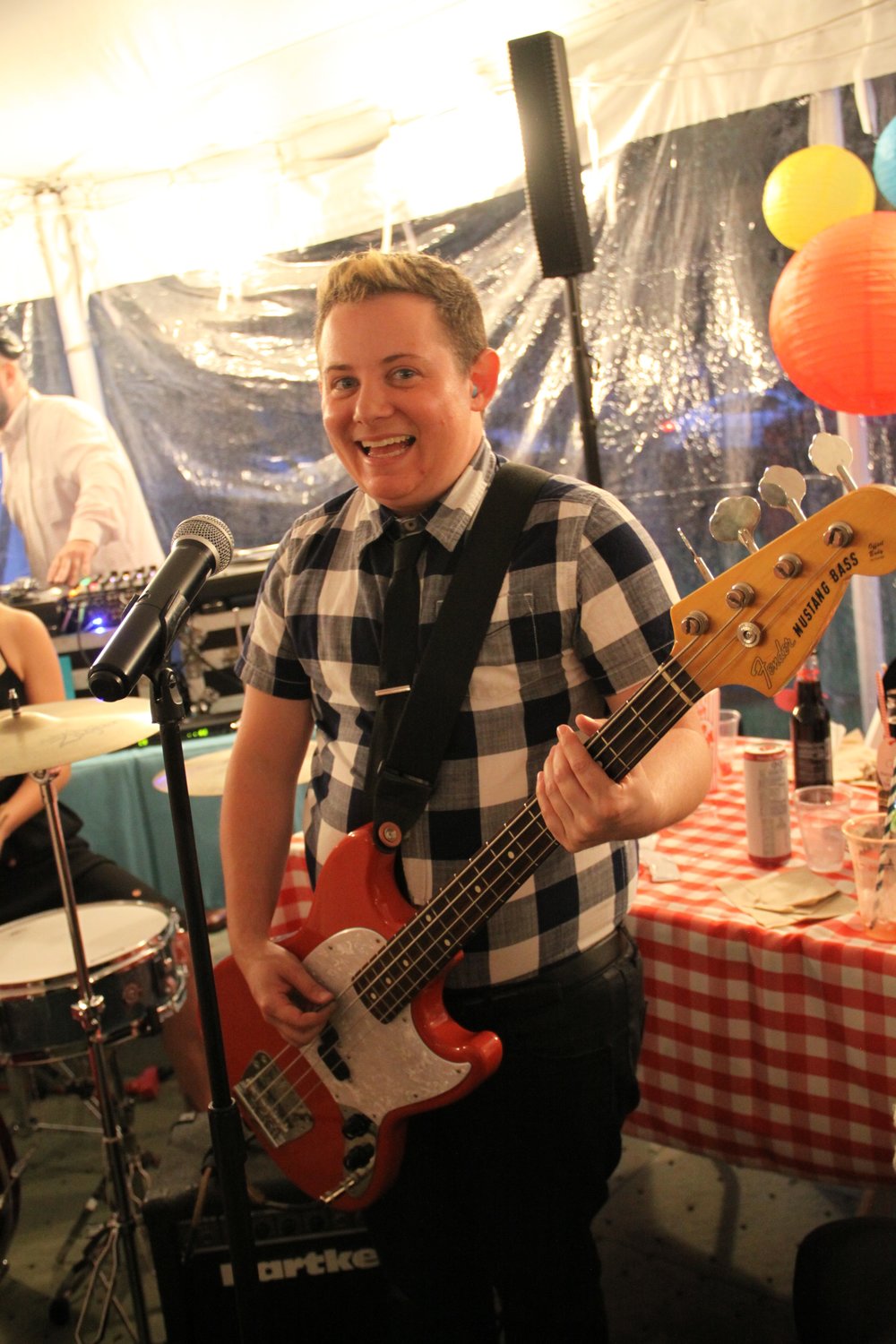 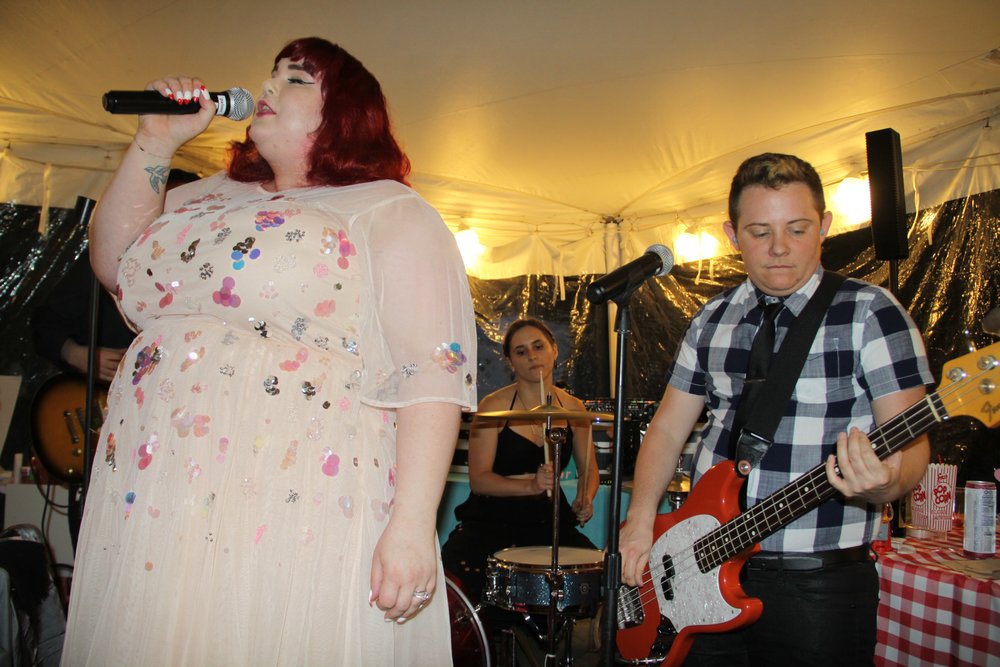 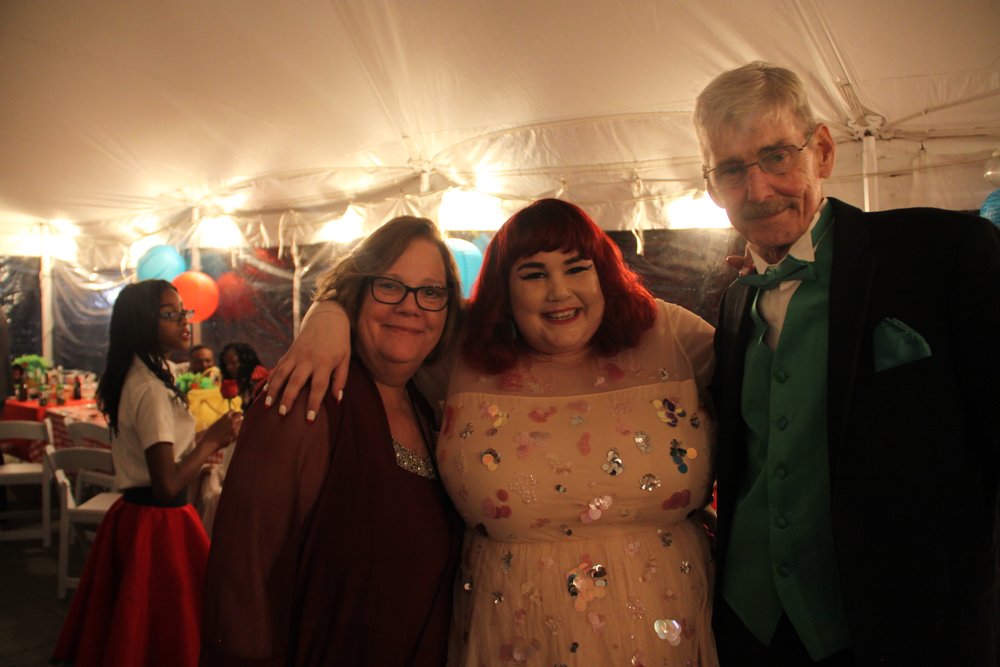 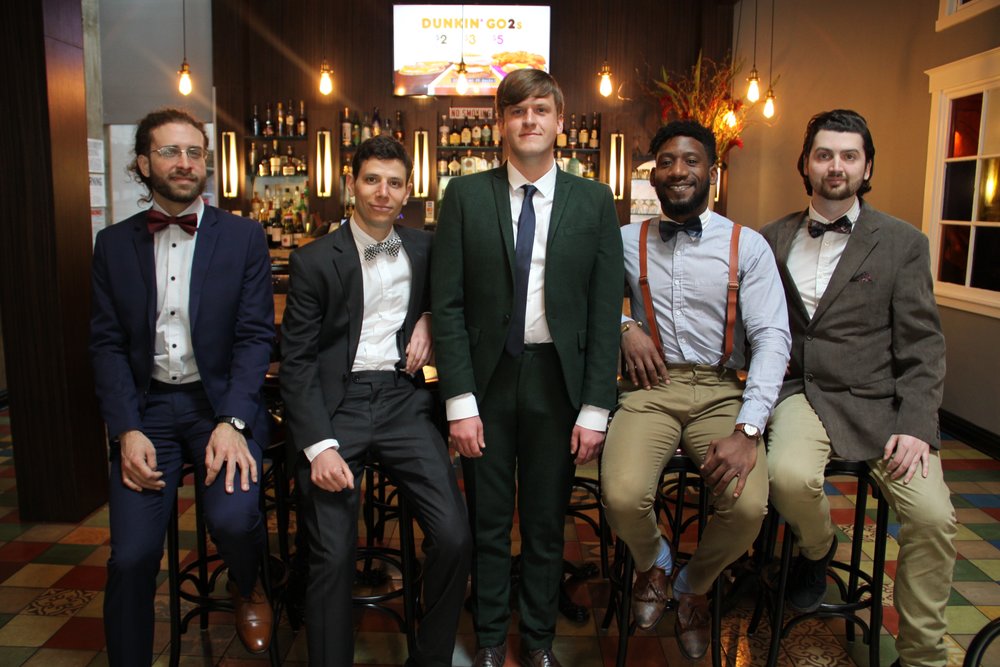 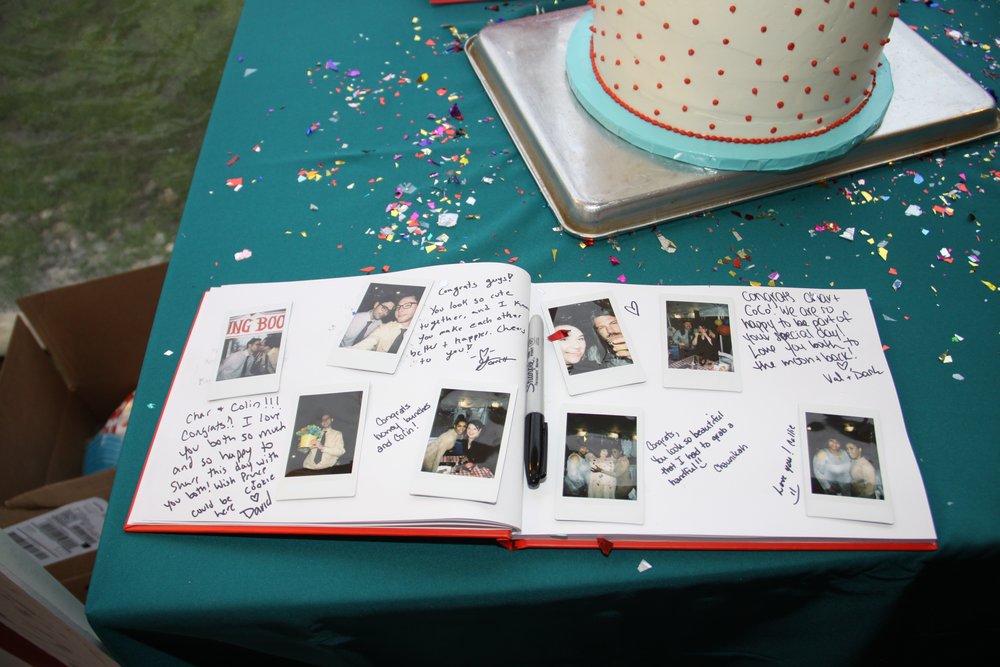