Vanessa and Kevin first met at a gathering in memory of a mutual friend, and gradually started spending more and more time with one another. Living in Puerto Rico, many of their early dates featured warm nights spent together on one of many beaches. On one especially memorable evening Vanessa and Kevin went for pizza and a walk on the beach, where they ended up stripping to their underwear for a late-night swim.

“I’m usually very insecure about my body,” Vanessa said, “but Kevin has always made me feel beautiful. That night was proof that I could be myself completely around him and not be ashamed.”

The couple have not had an easy road, however. After Hurricane Maria hit Puerto Rico in September 2017, their house was completely destroyed. Vanessa and Kevin were left with no roof, so every part of the house had flooded and all of their possessions were ruined. They spent months sleeping in a spare bedroom at Vanessa’s parents’ home as they tried to recoup. “Kevin and I grew a lot closer during this time, realizing how much we could actually endure and overcome together as a team.” Vanessa said. “It was like falling in love all over again.”

During this time, Kevin took Vanessa for a casual dinner. On the walk back to the car he told Vanessa how much he loved her, saying he didn’t know how he could have handled everything without her support. He then reached to his pocket and produced a beautiful engagement ring, asking for Vanessa’s hand in marriage.

Vanessa had always wanted a beautiful wedding and reception, even a small one, but their savings had just gone into making their home livable after the devastation of Hurricane Maria. The couple tried to make a November 2018 manor wedding a reality, but as the date neared and their home expenses rose it became impossible to cover. Rather than waiting another year for a wedding, the couple decided to elope.

They planned their elopement in an astonishing three weeks and were married in September 2018. They chose Chicago because most of Vanessa’s family lives there so she could introduce Kevin and show him where she’d grown up. Her sister and her son, their guests, drove the couple to Chicago City Hall for their short and very sweet ceremony. Vanessa’s bouquet was hand-crafted from a mixture of four different store bought bouquets, and the rest of the “decor” was provided by the beautiful backdrop of Chicago itself.

For Vanessa, the entire day was magical. The couple explored downtown Chicago in their wedding attire, and she loved every minute of it. They were given a free dessert at Shake Shack after eating there, offered a free rose on the street, and even stopped in the street for photos. “Having so many people on the street see us and congratulate us, people stopping to take our pictures, giving us marriage advice – it was beautiful.”

Kevin especially enjoyed their time at The Signature Room, an elegant 96th floor cocktail lounge where the couple finally sat down to enjoy one another’s company. They ordered two drinks – a mojito and a strawberry smoothie – and read their vows to each other for the first time. It was perfectly intimate and personal, a moment just for them.

Of course, planning a wedding in just three weeks comes with its challenges! It was very important to Vanessa and Kevin to come back to their friends and family in Puerto Rico with beautiful photos, but finding a photographer in such a short amount of time proved incredibly difficult. They did manage, though, and the effort paid off. Although they only had two hours with their photographer, the photos are ones they will treasure forever.

Vanessa never imagined eloping, but in the end it was the perfect day for her and Kevin. She wanted to remind other members of The Big Bride Club that an elopement can be just as special as a big wedding. “The whole day we focused on each other and our love for one another, which in the end is what it’s all about: you and your partner.”

That sentiment rings true now more than ever for Vanessa and Kevin: “Back in Puerto Rico we are still fixing up damages in our house due to the hurricane,” she said. “But at least we have each other.” 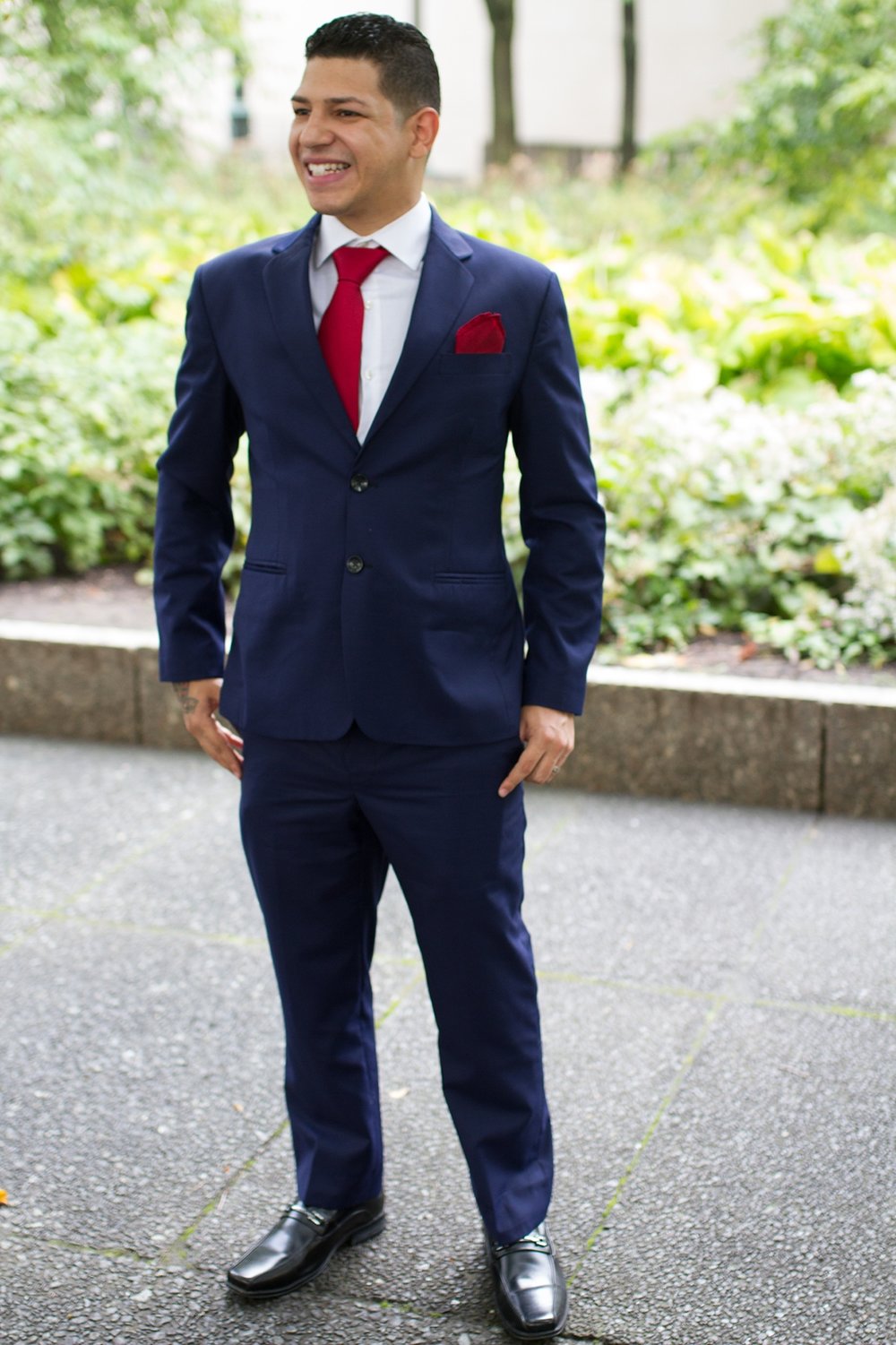 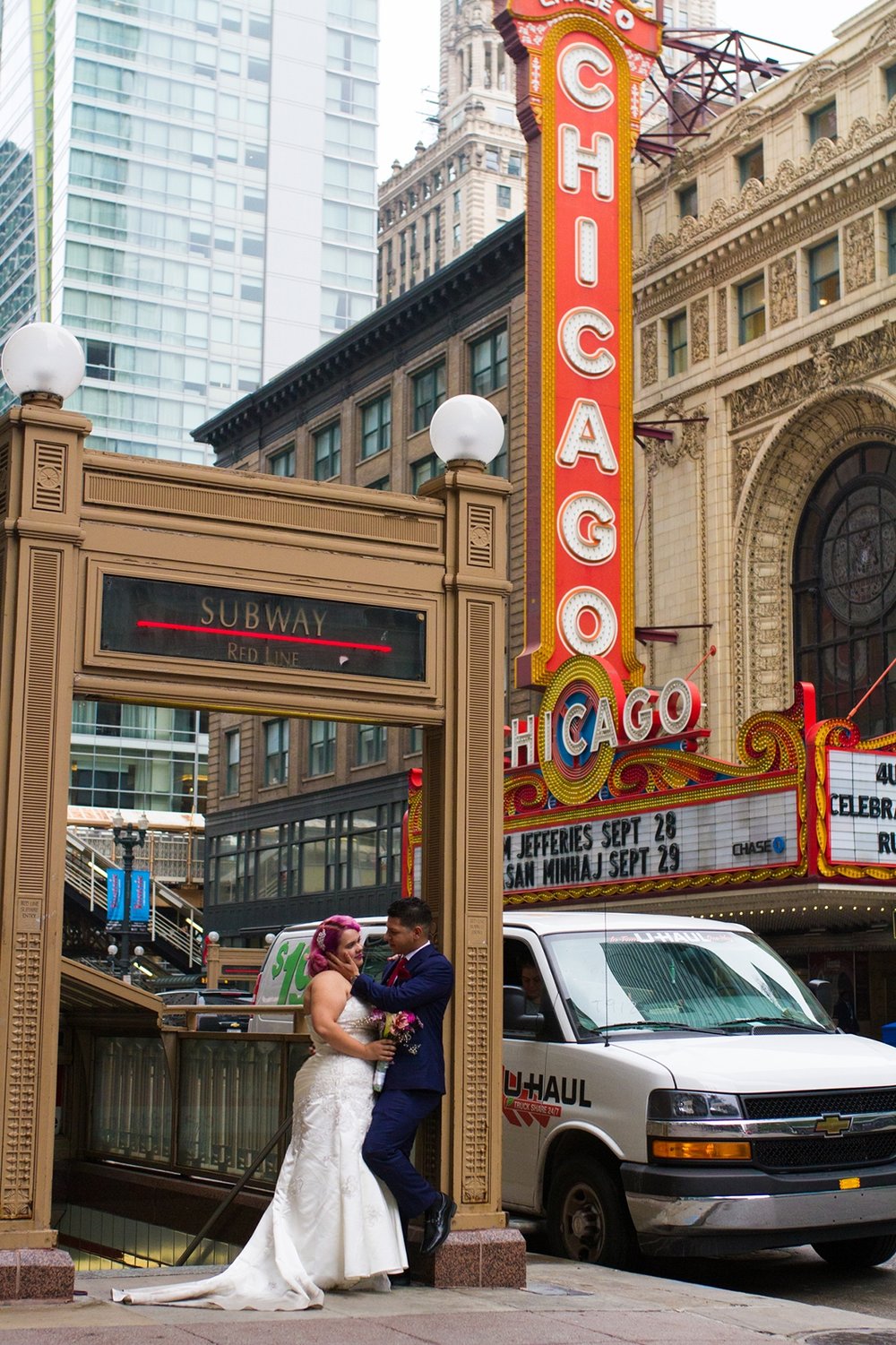 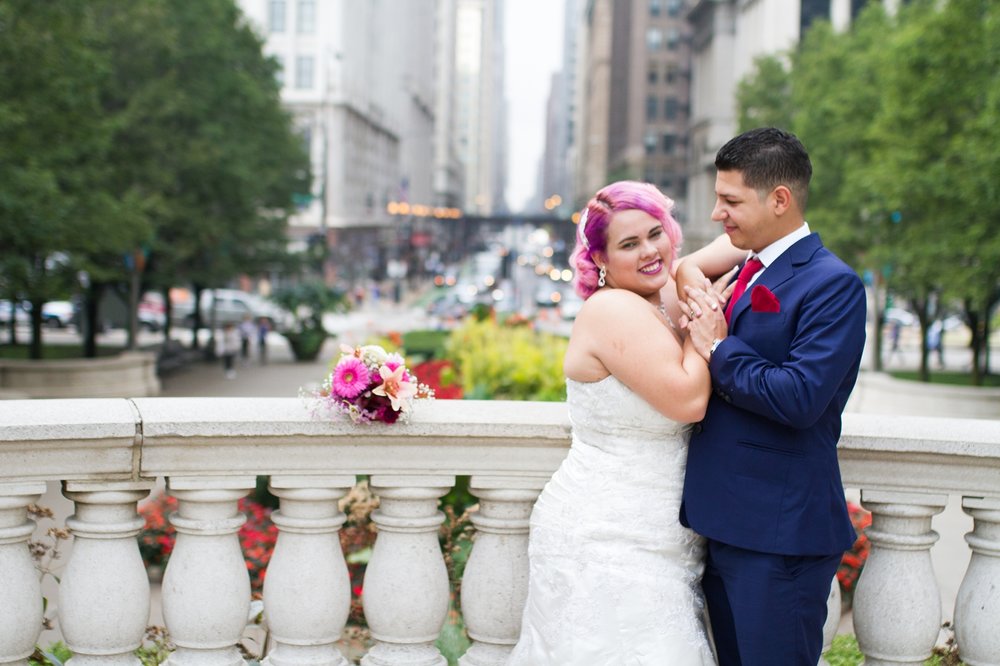 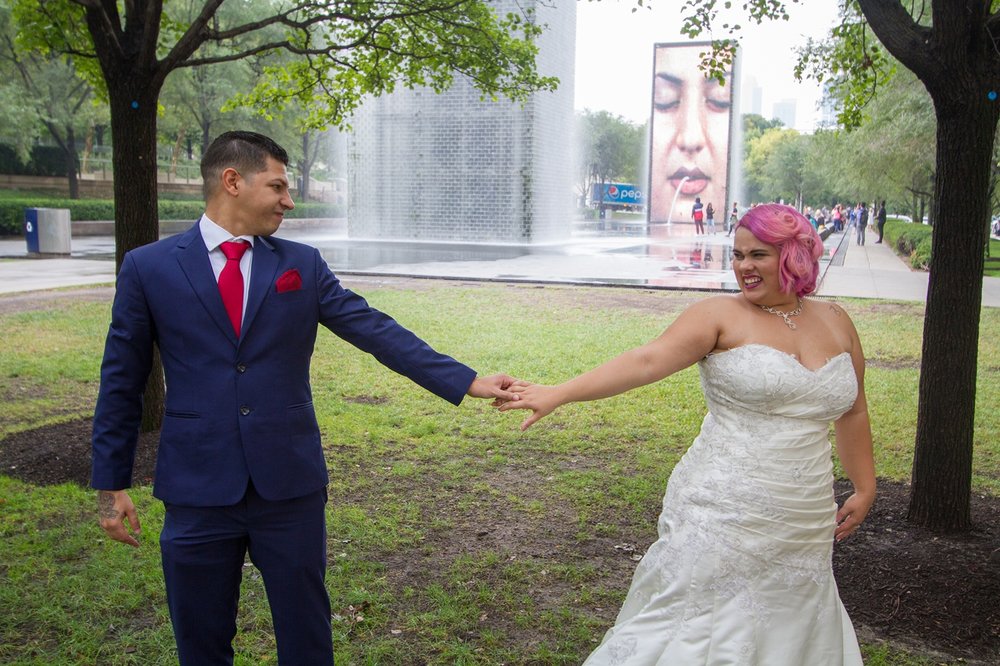 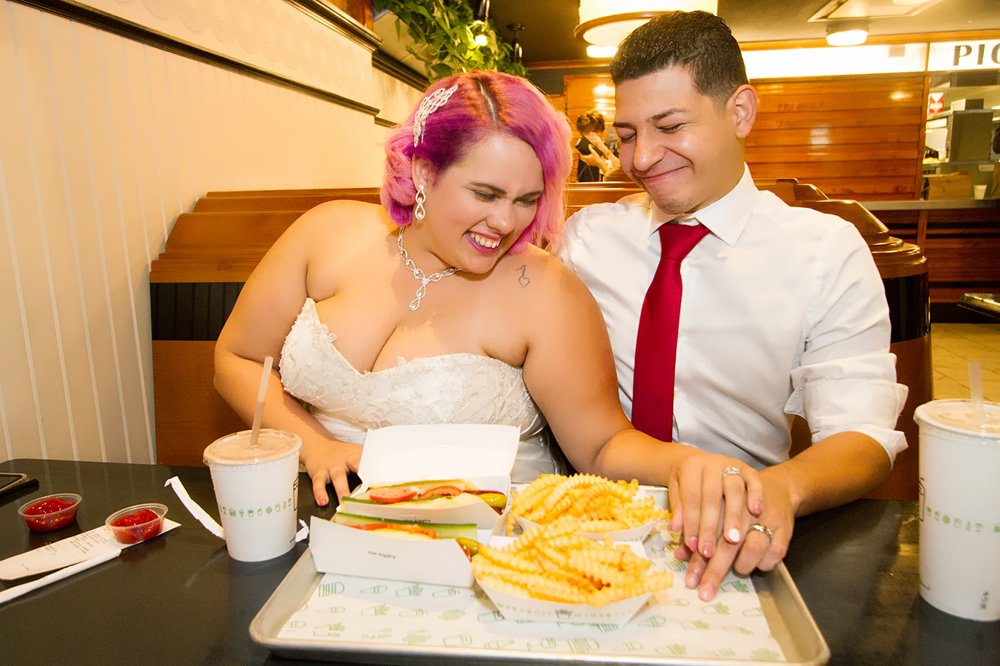 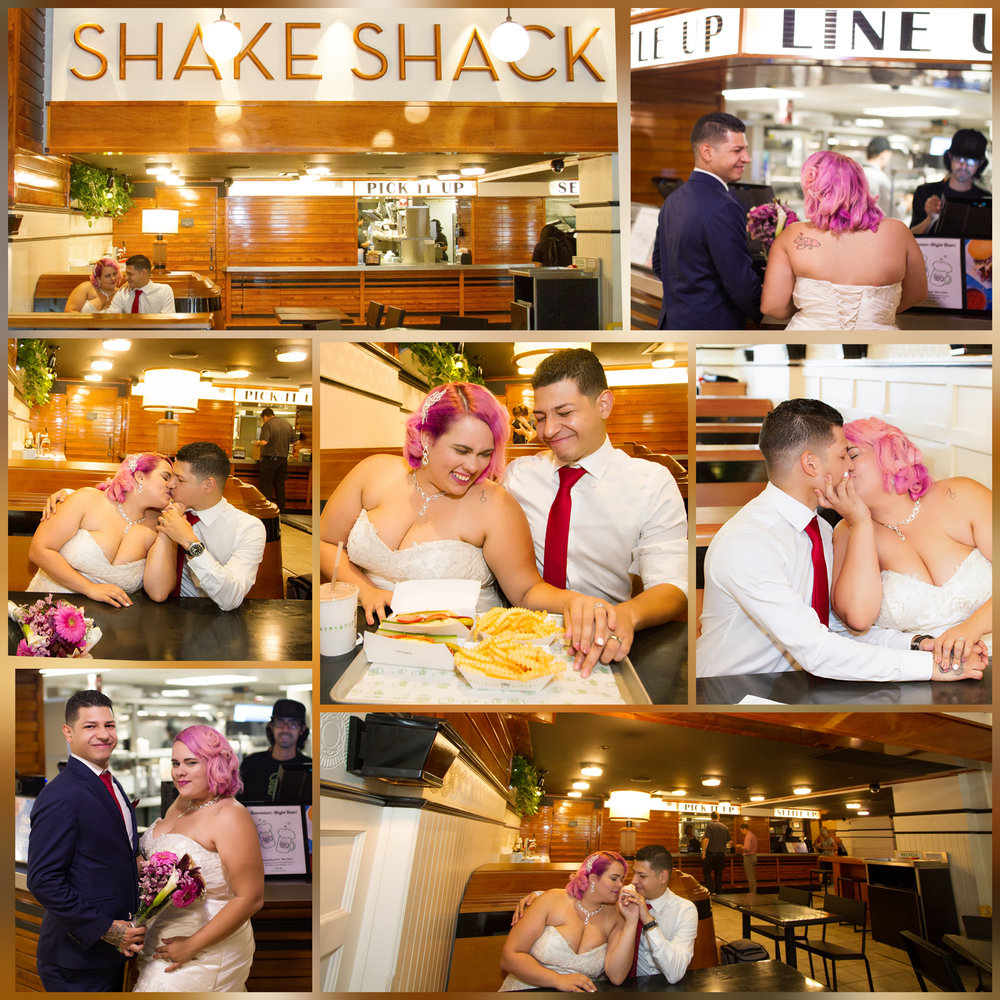 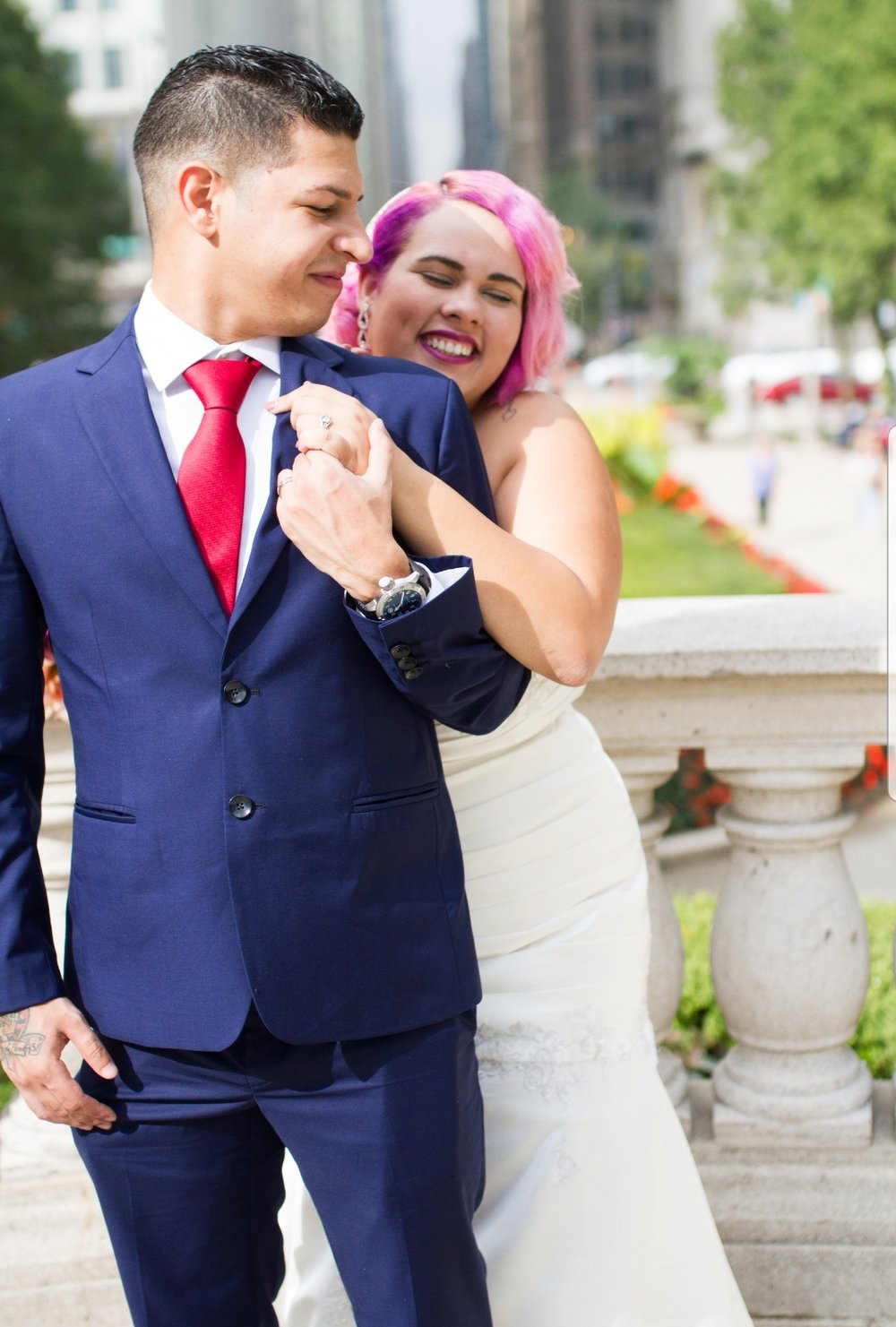